The air may have been chilly, but there was plenty of warmth to go around during Buchanan-Verplanck’s Moving Up ceremony for its middle school-bound fifth graders. The ceremony was held on Wednesday, June 22, at the Buchanan Pavilion.

After the processional into the pavilion to the strains of “Pomp and Circumstance,” Principal Josh Cohen addressed the students. “It is a joy coming to work each day,” he said. “Seeing your growth motivates us every day.”

“Remember that you always have choices and options,” he continued. “I hope you remember some of the strategies you’ve learned while at B-V to control your own destiny.”

Superintendent Joseph Hochreiter thanked the families in attendance for their support over the past few years and gave the students credit for the skills they developed during the pandemic.

“We took our lead from you,” he said, indicating the students. “That doesn’t happen often enough. I want to thank you for adapting and overcoming the most challenging period of time in public education.”

DARE instructor Officer Jones also spoke to the students. “You can do anything you want in life, and you will always have a friend in me,” he said. He had some of the students come on stage and read letters they had written about what they had gained from the DARE program.

Students from each fifth grade class took turns on stage, sharing favorite memories from their time at B-V and how they would like to be remembered. 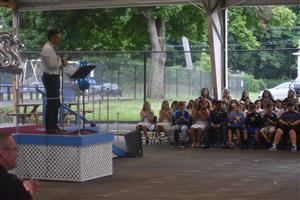 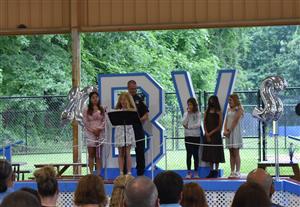 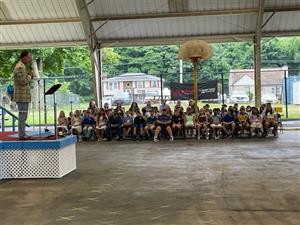 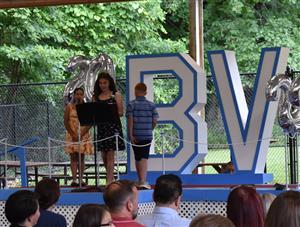 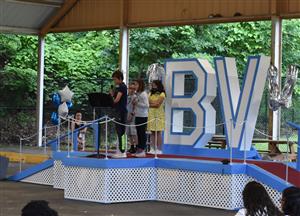