“The sun always shines on Frank G. Lindsey,” said Principal Donna Torrisi, at the start of the school’s fifth grade Moving Up ceremony on June 23, also the last day of school in the district.

Indeed, while other end-of-year ceremonies earlier in the week had to be maneuvered around potential showers, the sun peeked out from the clouds just as the middle school-bound students arrived on the school’s blacktop to the sounds of “Pomp and Circumstance.”

Telling the students that “the sky’s the limit,” Torrisi urged the students to remember that FGL will always be their family. During the ceremony, she asked all staff members to join the fifth graders assembled before their families and friends. “I wish everyone the best, and thank you all for the support,” she said. “I spent the best 15 years of my life in this building, and you will be forever in my heart.”

Next year, under the district’s implementation of the Princeton Plan, Torrisi will become the principal at Buchanan-Verplanck Elementary School, which will house second and third graders.

Superintendent Joseph Hochreiter thanked families for their support throughout the pandemic and applauded the students for their perseverance. “You were able to adjust and overcome many obstacles,” he told the fifth graders. “Now you are on the doorstep of becoming a sixth grader, and those skills are going to serve you well at middle school and beyond. I hope you know how important your accomplishments are.” 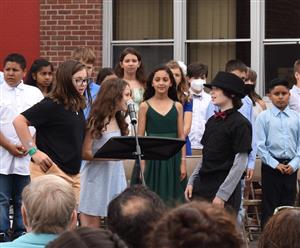 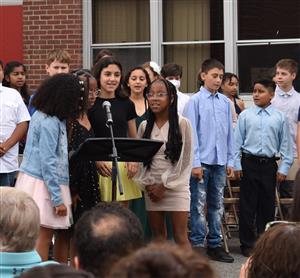 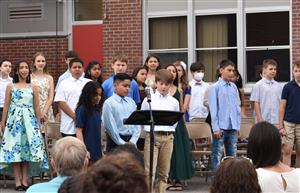